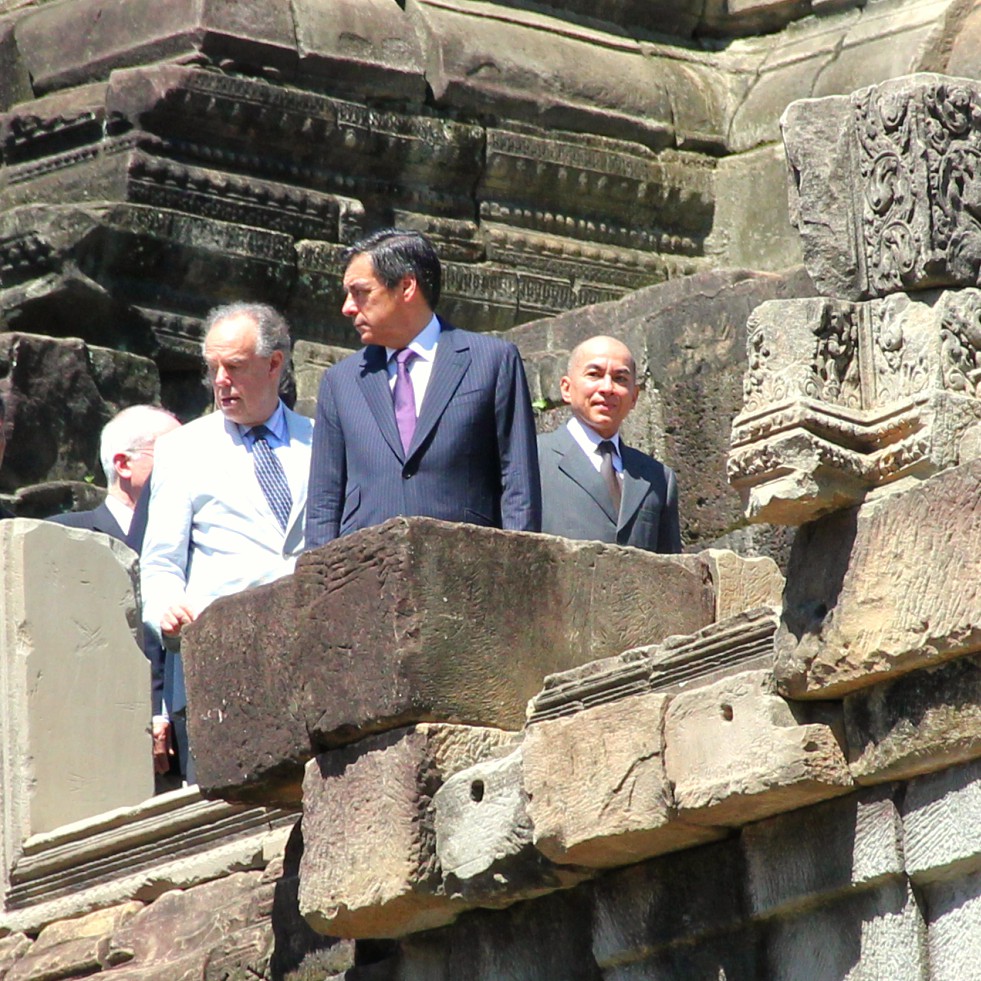 It was the inauguration ceremonial day of Baphuon Temple, after decades of amazing anastylosis restoration. My friend and I were among the locals who witnessed the reopening of the temple which needed 51 years of restoration work. I could not imagine how to rebuilt the beautiful temple which the project’s team said as the largest 3D jigsaw puzzle in the world.

It was a blessing in disguise, trapped among the crowd of local people during the ceremonial process of the temple, we could see the Very Very Important Persons, -who reopened the Baphuon temple-, the Prime Minister of France, Mr. Francois Fillon and His Majesty Norodom Sihamoni, the King of Cambodia.

What an unlikely event we had. As budget travelers, we’re so lucky being in an event with two head states in same time. It’s rare for common people to see our head state in formal situation in our own country. But seeing two head states in the same time in foreign country ? I think we’re so blessed… 🙂

Sometimes life takes you in a direction you never saw yourself going, but it turns out to be the best road you have ever taken… 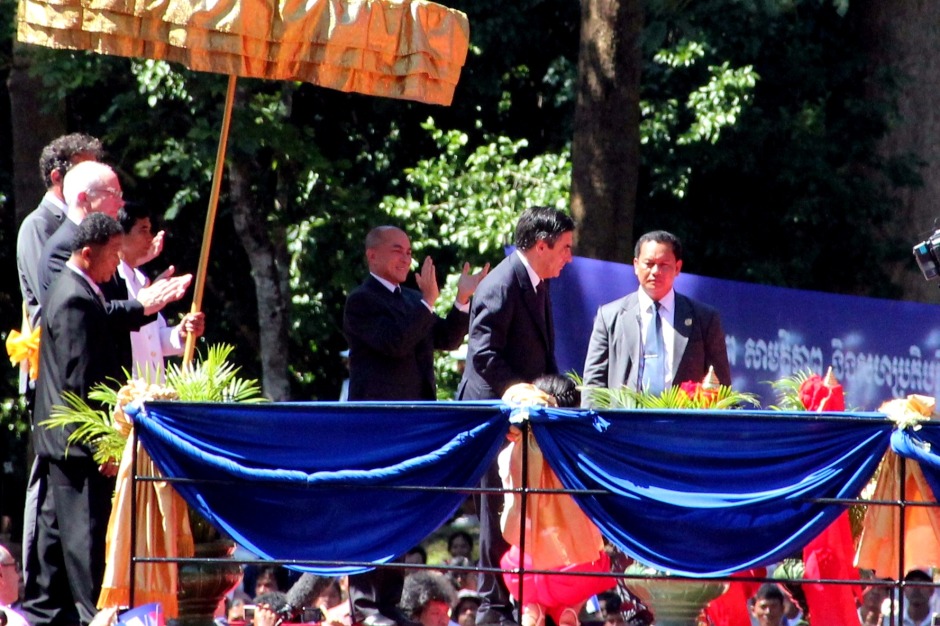 The ceremonial inauguration of Baphuon Temple

6 thoughts on “WPC – An Unlikely Event with The VVIP”

💛 May all beings be well, may all beings be happy and may all beings be free from suffering 💛
Inspire someone today
Hi Spring...
Another Painting by Jeihan S
Lukisan Jeihan Sukmantoro dengan ciri khas 'mata hitam' bisa membawa imajinasi ke banyak hal yang tak mungkin digapai oleh mata terbuka.
A Painting by Jeihan Sukmantoro
•
Another decoration on the wall in the shopping mall during this pandemic
As a peacock lover, I always take a picture of it wherever it shows. One day I was on a queue in front of a cashier, I saw a small picture of a peacock in a corner of a showcase. I snapped it and voilaaa...

© Cerita Riyanti & A Rhyme In My Heart.

Unauthorized use and/or duplication of this material without express and written permission from this blog’s author and/or owner is strictly prohibited. Excerpts and links may be used, provided that full and clear credit is given to Cerita Riyanti / A Rhyme In My Heart with appropriate and specific direction to the original content.